Whally comes out to play

Howdy, ya'll! That's allegedly how people greet each other in Austin, Texas, where Whally (and myself) now call home. I say "allegedly" because that might be true if Texans lived in Texas. In reality, only people from California live in Texas. Given that fact, I determined I would fit right in without even changing my usual greeting of "namaste".

Given how long it's been since the last Whally update, you might wonder what exactly is Whally again and whether I had met some unfortunate fate, whether from hot yoga or otherwise. As a reminder, Whally is the next great school management platform, and I remain alive and well enough to continue building it. Your presumed concern is appreciated.

Since you want to ask, everything in Austin has been wonderful so far. The only caveat is the first part, where I arrived to a thing Texas does where temperatures suddenly drop below freezing, roads cover in ice, all power goes out, and things continue like this for many days until people once again appreciate mundane aspects of life such as sunlight, food, and showers. Every subsequent day which includes these things has been pretty great.

But enough small talk. How about some Whally news? Glad you asked...

Now with a playground

Whally now has a fully-featured "Playground" where anyone in the world can for any reason instantly access a sandbox demo of the app. Contrary to the name, this isn't a toy -- it's the full app, as if you had just created an imaginary educational organization and wanted to play school administrator all afternoon.

You (yes you) are encouraged to click this link and try it for yourself:

This works reasonably well on a phone and best on a device with a wider screen like a laptop. Inside, you'll be able to do exciting things like manage student information, experiment with billing plans, create forms and review parent feedback.

The playground is intended to serve a few goals: 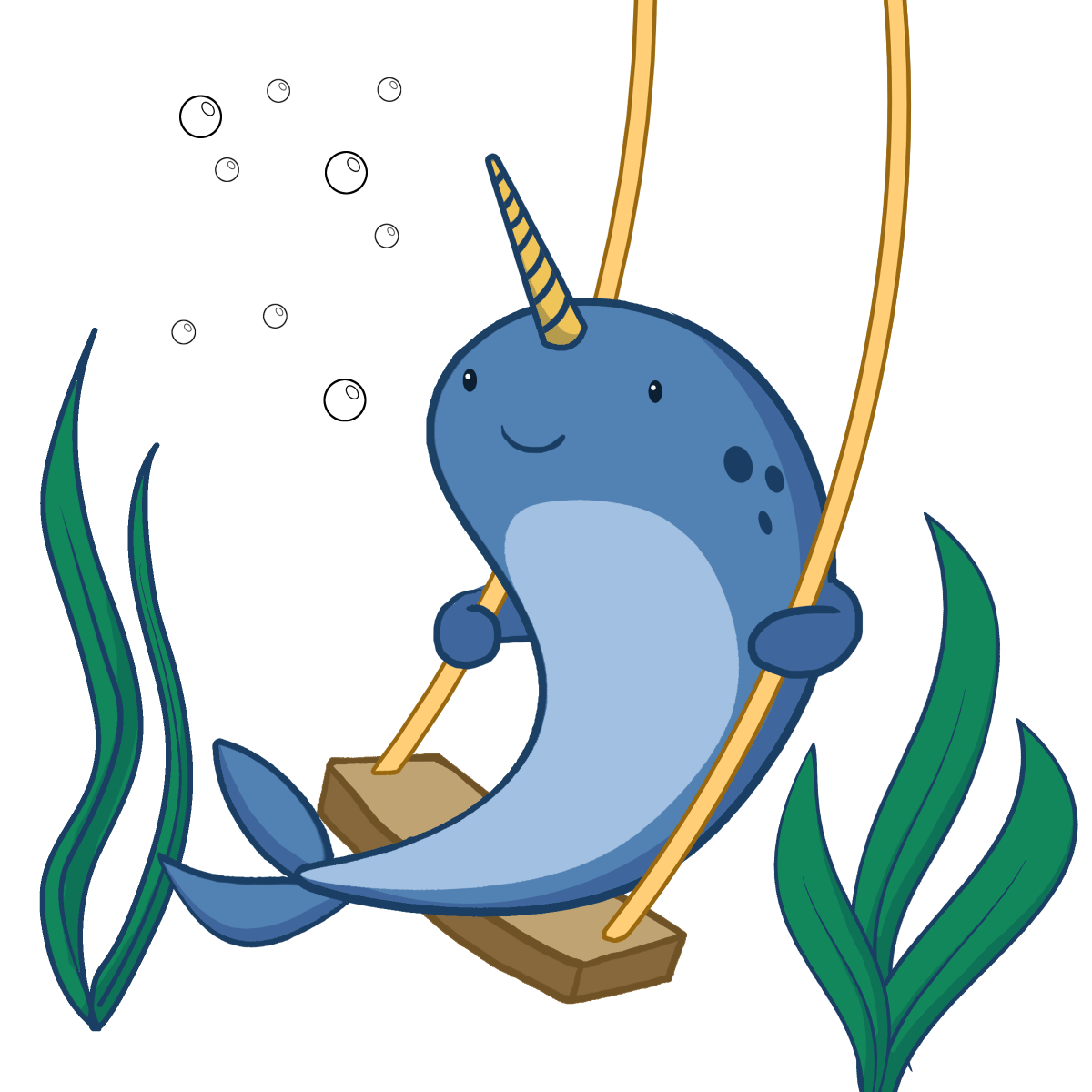 Everyone is welcome -- if you visit, any feedback is appreciated from the marketing-savvy, or even if you're a normal human who finds a grammar mistake.

You may even notice a fancy new logo -- more on that next... 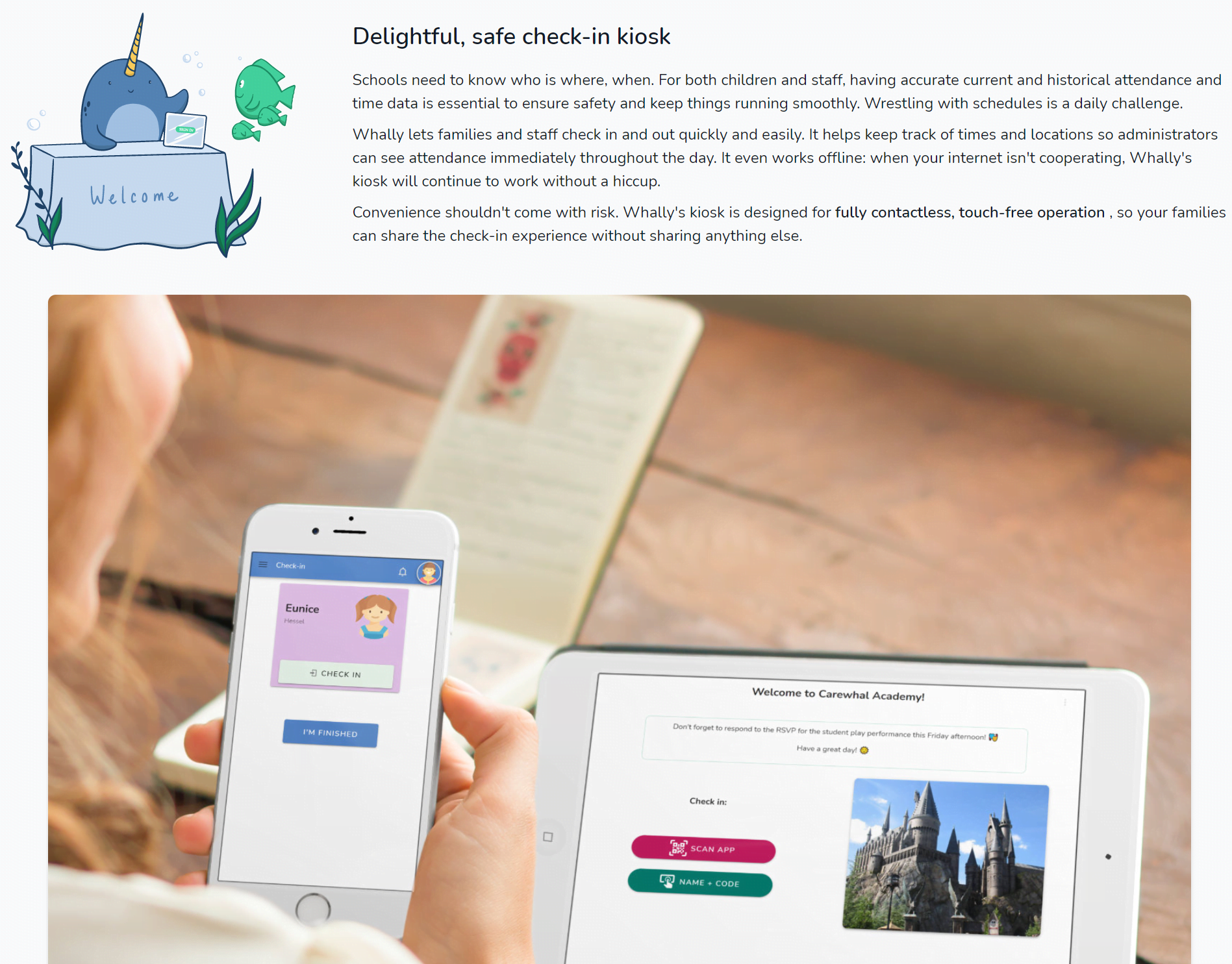 As Whally approaches a public debut, it has become clear it needs what any debutante does: a cool logo.

To make this happen, I called up the internet and asked if it could come up with a sleek new avatar for everyone's favorite narwhal mascot. The internet did not disappoint: 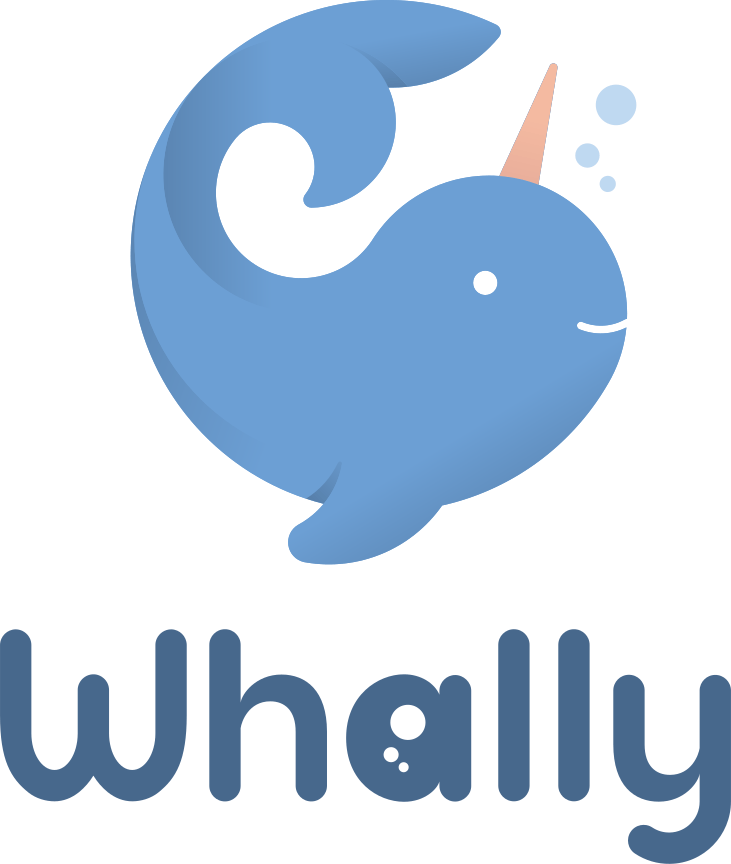 Logo announcements, to be interesting, usually come with some kind of narrative explaining the deep existential zeitgeist from which the design emerged. Sadly I have no such narrative to offer, but the designer did provide a schematic showing the design as a study in circles supposedly leveraging the golden ratio.

I thought this was pretty cool and will therefore declare a retroactive narrative: the logo represents the seamless integration of Whally's dual principles of approachability and precise inner logic. 😉 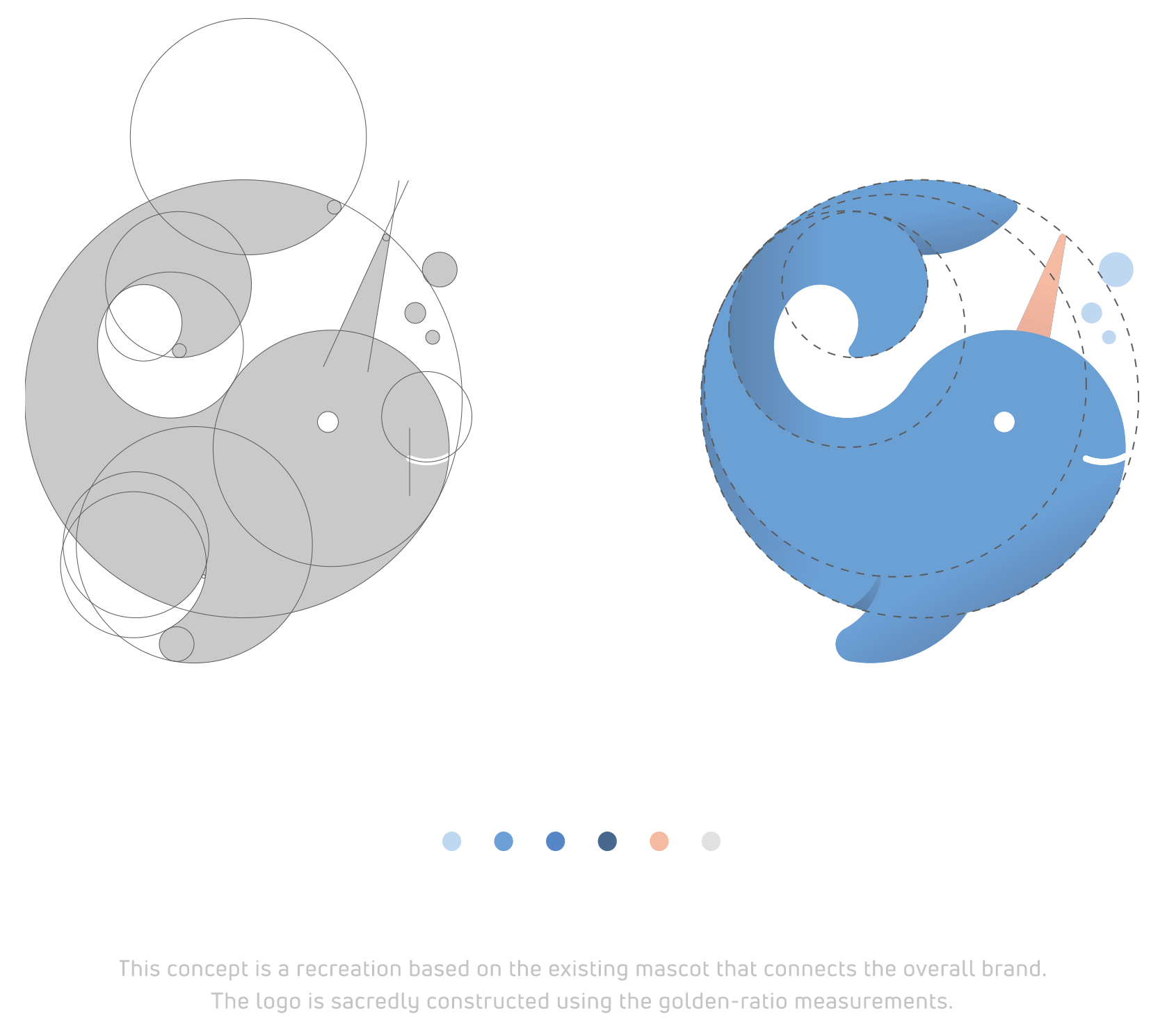 Don't worry, the friendly Whally mascot isn't going anywhere and will continue to make appearances in any number of settings.

The fine folks at Microsoft were kind enough to invite me to present Whally at a recent virtual conference, where I gave a "how it's made" session about the architecture and design of the platform.

If you happen to be interested in topics like database design and software architecture, then I invite you to find a beer and 58 minutes to settle in:

From the trenches: Building an awesome multitenant SaaS with Azure Cosmos DB and Azure - YouTube

As nifty as logos might be, the important thing is that Whally make its way into the hands of early educators who put it to use and make their schools better. The next phase of work will be reaching the initial pioneers who want to help shape Whally into their ideal tool. If that sounds like you or someone you know, get in touch!