"Who are you and what do you want?!" That means "hello" in our modern world, also known as the world since last Tuesday or so. It's usually followed by "stay back, you disease-ridden zombie...unless you by chance could spare some toilet paper?" Then you set up a recurring Zoom meeting to carry on the rest of your relationship with this new friend.

Things are crazy and frightening indeed. That said, this email is just another update about progress which can fortunately continue just as well at a now-appropriate social distance.

As you probably don't recall because who can remember anything from before 2 days ago at this point, last time I discussed new a Groups feature in Whally and alluded to the possibility that these groups might someday be used for communication purposes. Indeed, the time since has been spent bringing that allusion to fruition, resulting in several nifty new capabilities around the latest gratuitously-capitalized feature: Messages. 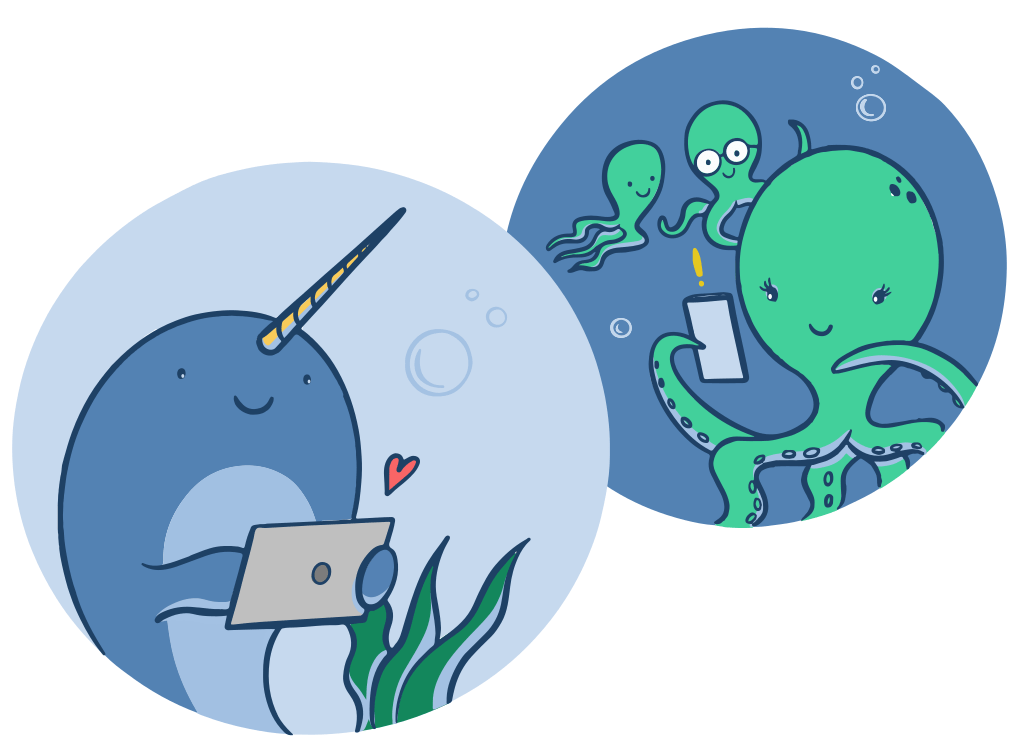 The idea is pretty straightforward and probably boring: provide a simple means of communication between school staff and the community, including parents and students. I say boring because the world would seem to have communications figured out already, given the number of emails, texts, WhatsApps etc exchanged on a daily basis.

However, in practice the challenge is not sending messages, but managing the process around it. Texting your buddy is simple, but texting 100 parents in a coordinated and coherent way, not so much. Current events perhaps emphasize this all the more. Some challenges I've observed:

For Whally to add value to the communications equation, it would need to address some of these challenges, in some way doing a better job than a plain old email inbox or the teacher's messages app. Whether this is true, I leave as a judgment for the reader. Let's take a look.

You can send a message as you might expect, by creating one from the Messages screen. Select some recipients, conjure up a subject, and put in whatever you like in the body, including fancy things like emojis and images, or tables if you're boring. Save drafts. Excited yet?

Maybe not, but some things to notice here: there are no email addresses. Nobody should have to know anyone's email address, pretty much ever, in the opinion of the author. All recipients can be searched and selected from the system, where they have a single, up-to-date record of contact information. This could be individuals like parents, students, or staff, or groups containing any combination thereof.

In this case, Miss Rachel is letting the Whalbergs know that little DJ is doing well: 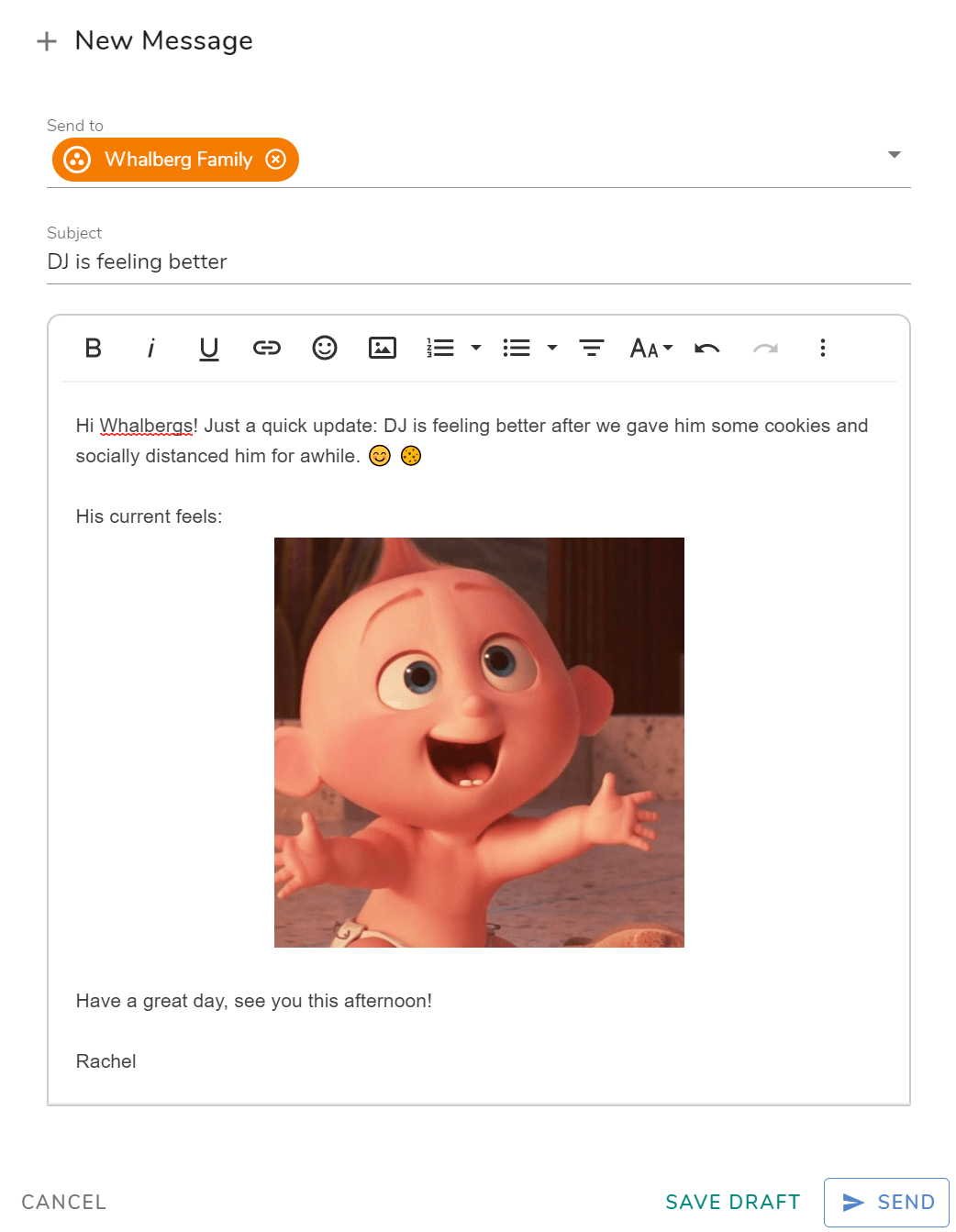 Not yet shown is the ability to select a sender. For example, Rachel might want to send as herself in some cases, but as the school in others. With any luck, it will appear as a normal email in both Whalberg inboxes.

Here's what Doug sees in Gmail: 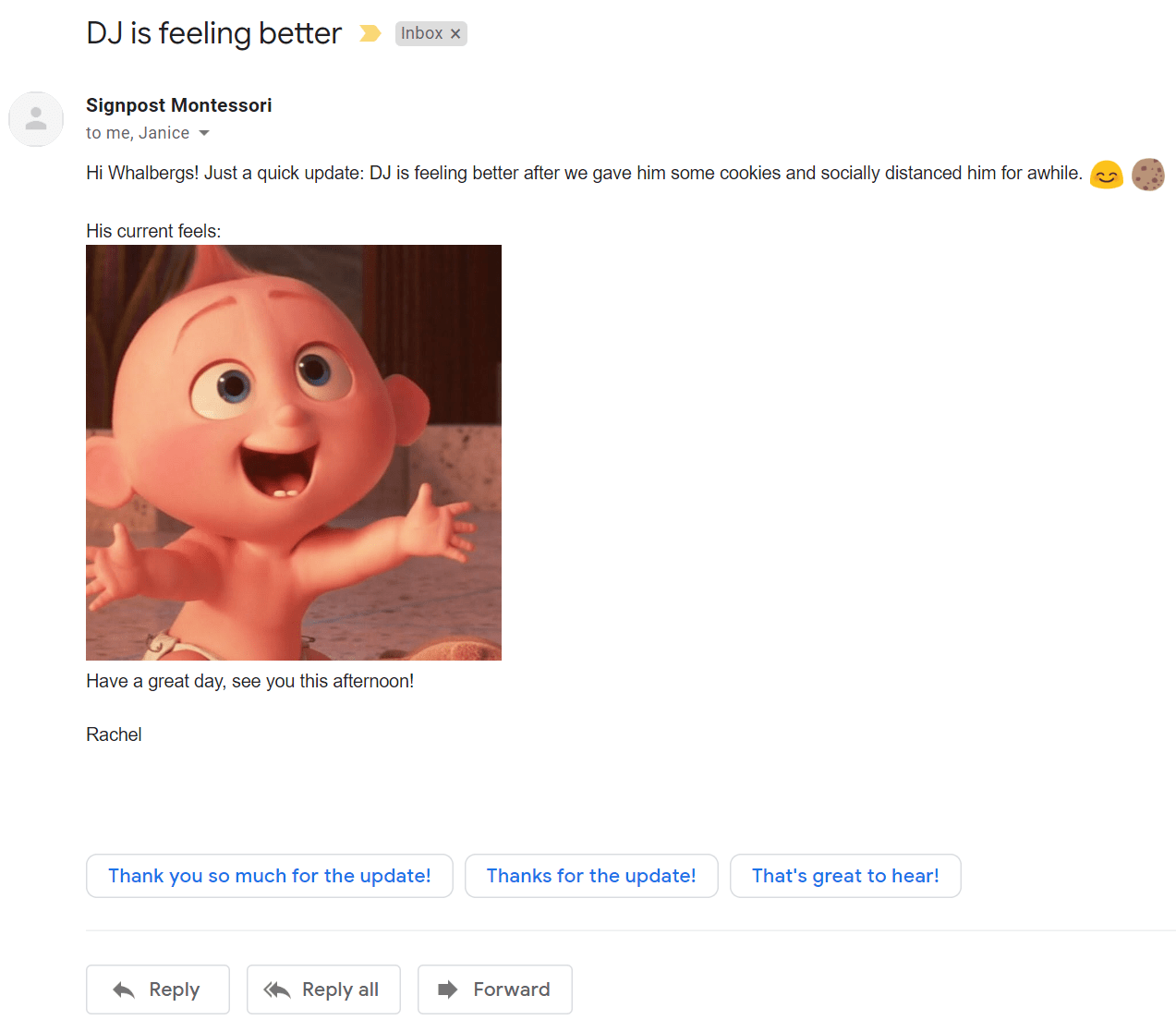 Notice both parents have been individually emailed, so they can reply-all to this conversation. Speaking of conversation, any and all replies go back to Whally and are collected into a thread, as one would hope. A guiding principle here is to avoid the "no-reply" effect, which is surprisingly common and exactly the opposite of a positive way to engage with customers and communities. Much better is "do-reply".

This forms the basis of a shared conversation that could involve others beyond Rachel and the family, or at least be seen by others, whether that's a school administrator trying to keep up on the situation with DJ as it happens, or another teacher for later reference. There will likely be more we learn about cases around public or private conversations, but the groundwork is laid for handling both and in-between. 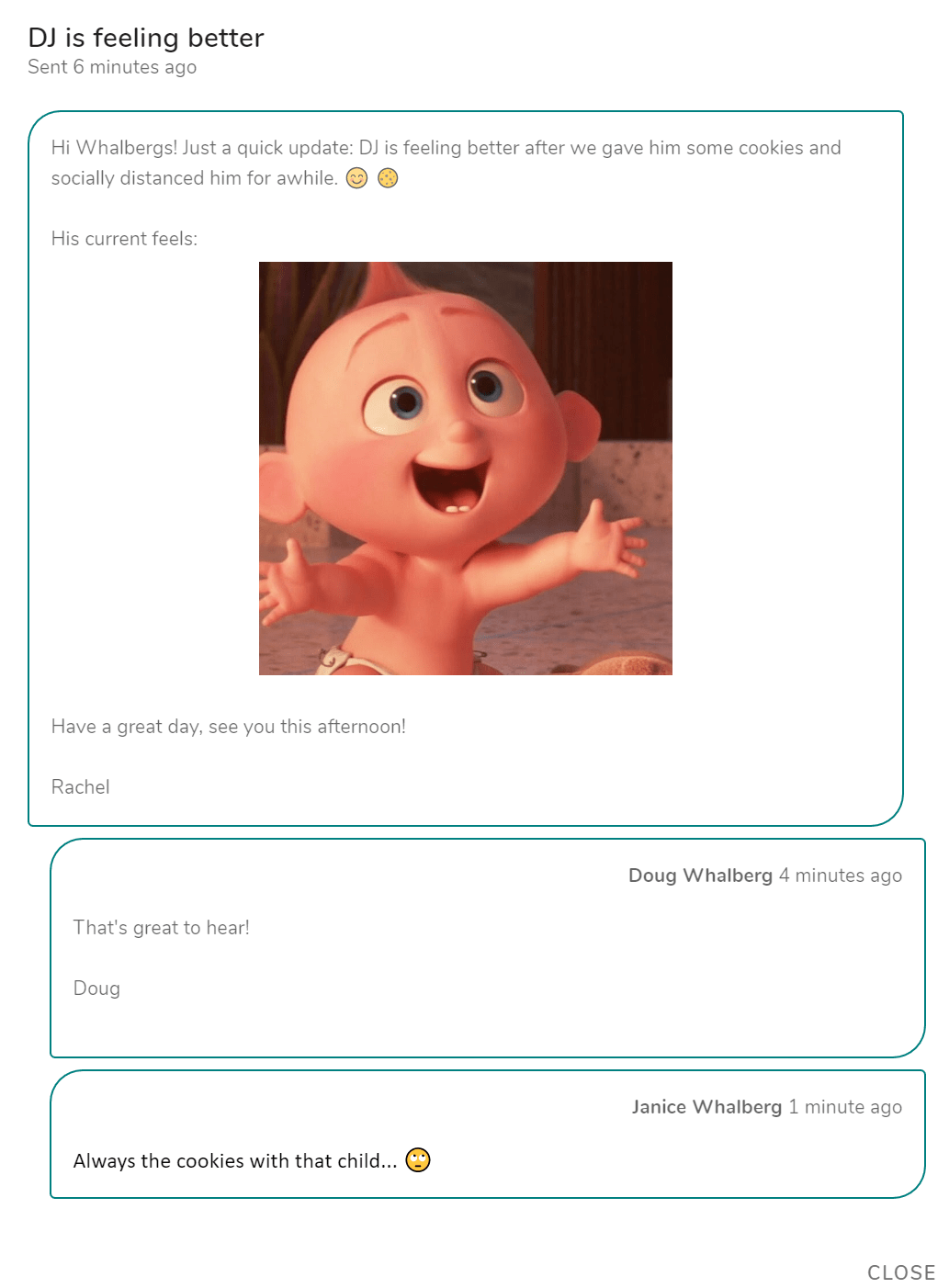 Having spent more than adequate amount of time in my life investigating mysterious emails arriving or not arriving in the correct place, I have what might be an unhealthy level of motivation to prevent such things. As such, a non-trivial amount of hours have been spent trying to anticipate cases of befuddlement before they arise. This includes internal tracking of many esoteric email things, but also making visible any delivery problems that happen immediately and with all available context.

For example, one major problem with email is "bouncing", which is literally a technical term for an email being rejected by a server and "returned to sender". In other software which shall not be named, bounces happen silently and the sender is forever in the dark. In Whally, delivery progress is live and failed deliveries can be reported back within seconds.

For example, we try to send a survey to our friend Bouncy Mcbouncerson, who provided an email with a typo (which Whally will generally prevent, but for demo's sake):

With the context of the problem available, the sender might see the address doesn't yet exist, indicating it hasn't been created yet by IT *cough cough* (not dry cough!). In many cases, this could at least save time and even prevent an awkward conversation.

There remains lots to do and work shall continue, lockdown or not. For instance, currently messages are emails, but the generic "Message" naming is intentional so that it's seamless to converse through SMS text instead, or through other potential channels like WhatsApp or WeChat.  But those may wait for a while as I take a break from staring at raw email source code.

Read on: Hands off that kiosk